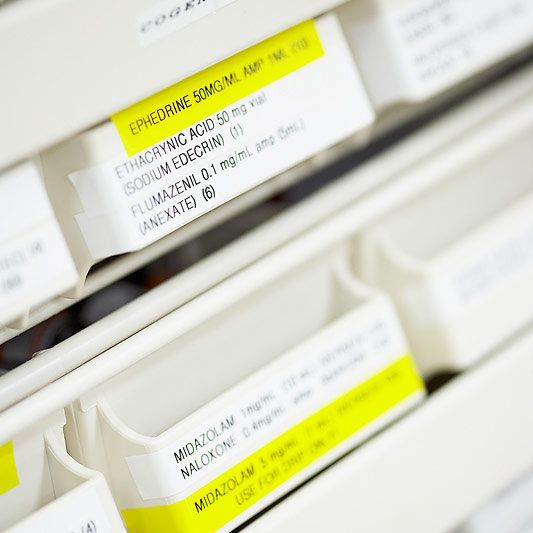 Participants using the A-CHESS app were 65 percent more likely to abstain from drinking in the year following their release from a treatment center, compared to others who left the center without support from the app, researchers found.

App users also experienced about half the episodes of “risky drinking” — consuming more than four drinks for men and three drinks for women during a two-hour period — compared to people who received traditional post-treatment support, according to the study.

“These sort of systems have enormous potential,” said lead author David Gustafson, a professor of industrial engineering and preventive medicine at the University of Wisconsin. “They are going to allow us to turn around not only addiction treatment, but the whole field of health care.”

There are many apps on the market intended to help alcoholics, Gustafson said, but A-CHESS is the first to undergo a large-scale randomized clinical trial to test its effectiveness. The app’s name stands for Addiction-Comprehensive Health Enhancement Support System.

A-CHESS provides active support for recovering alcoholics ranging from the innocuous to the downright intrusive.

The app issues daily messages of support and once a week asks questions designed to help counselors assess the person’s struggle with sobriety. It provides access to online support groups and counselors.

It also tracks users’ location using the phone’s GPS, and issues an alert if they are nearing a bar they used to frequent or their favorite liquor store. “It is tailored to each person, to give them the various tools they need to help them cope,” Gustafson said.

A-CHESS also features a “panic button” that gives a struggling person instant access to distractions, reminders or even a nearby friend who can come give them support, Gustafson said.

An expert not involved with the study said this app provides a glimpse into the future of addiction recovery.

“This is a sign of what the future will bring, and I think it’s definitely a progression in the right direction in terms of helping lots of people,” said Dr. Scott Krakower, a drug addiction specialist and assistant unit chief of psychiatry at Zucker Hillside Hospital, in Glen Oaks, N.Y.

“This type of application can help people learn ways of resisting alcohol use outside of a controlled setting like an addiction center,” Krakower said.

The app has been in development for six years, and was funded by federal grants, Gustafson said.

The clinical trial involved about 350 participants who successfully completed treatment for alcoholism in five residential programs — three in the Midwest and two in the northeastern United States.

In the weeks prior to their release, half the patients were given a smartphone with the A-CHESS app. Their counselor then helped them program the app to provide custom support.

For example, the app could contain the locations of their favorite bars, and when they lingered near one the app might play a video of the person recounting their misery as an alcoholic, or audio of their daughter begging them not to drink, Gustafson said.

“It does seem a little intrusive, but for people who are really battling with alcoholism, they need a lot of this type of monitoring and ongoing support,” Krakower said. “They do well in controlled settings, but when they leave the center and go back into their environment, they are at risk for relapse.”

A-CHESS appeared to provide solid benefits for patients during the next year, even though they only had access to the app for the first eight months following treatment, the trial results showed.

They also experienced half the risky drinking days — about 1.4 days on average versus 2.75 days for the comparison group members.

At this point, the app is pretty pricey and not available to the general public. “To join our research consortium, agencies pay $10,000 a year for access for up to 100 patients,” Gustafson said.

A company is being formed to commercialize A-CHESS, however, and the app could soon become available to the public through online Android and Apple stores, he said.

Visit the U.S. National Institute on Drug Abuse and Alcoholism to learn more about alcohol and health.