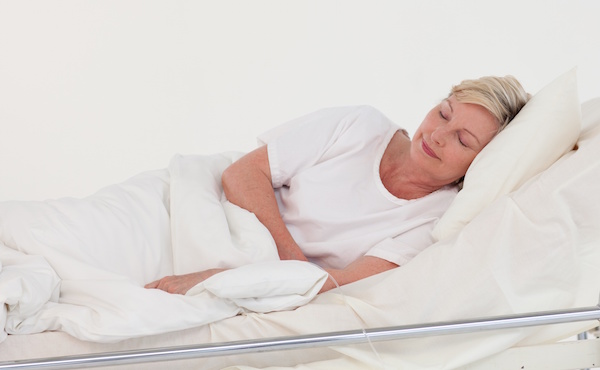 TUESDAY, Nov. 24 (HealthDay News) — The world of cancer screening has been upended in the past two weeks.

Not only did the U.S. Preventive Services Task Force (USPSTF) just raise the age at which it recommends women get their first mammogram from 40 to 50, but the American College of Obstetrics and Gynecologists (ACOG) decided that adolescents should be spared the inconvenience and possible risks of cervical cancer screening, and wait until they reach the age of 21 for such testing. Both groups also recommended screening less frequently.

Add to that the long-simmering debate on the value of PSA testing for prostate cancer and the fact that both the American Cancer Society (ACS) and the American College of Radiology have condemned the new USPSTF recommendations, it’s no wonder patients and even experts feel like they are suffering from a bad case of medical whiplash.

Was the timing of the announcements anything more than coincidence? Are the changes a reflection of new science, attempts to influence the current raging health-care debate or just medical business as usual?

The timing, by most accounts, was purely accidental.

“I think it’s a coincidence that this [the mammogram recommendation] came out when it did, right in the middle of the health-care reform discussion. It’s a good panel, one that was dedicated to getting the right answer to what should be done about this,” said Dr. Robert J. Barnet, senior scholar in residence at the Center for Clinical Bioethics at Georgetown University, in Washington, D.C.

Added Dr. Jay Brooks, chairman of hematology/oncology at Ochsner Health System in Baton Rouge, La: “This is nothing new. Cancer screening guidelines have been changing as more scientific knowledge accumulates.”

And much of the new knowledge does suggest that over-screening does happen, often resulting in false-positive results, which lead to more biopsies and more angst. This is true of breast, cervical, prostate and other forms of cancer, experts concur.

Meanwhile, false-positive results from mammographies are more common in younger (age 40 to 49) women than in the upper age bracket. And the age cut-offs for screening may be artificial.

“Younger women are at higher rates of false-positives, which results in more biopsies, more procedures being done and women getting callbacks for extra mammograms,” he added. “This creates anxiety for something that’s not anything bad.”

Also, there’s increasing evidence that some cancers will never turn into anything dangerous and, therefore, don’t warrant treatment.

“Our definition of cancer was given to us by German pathologists in the 1840s after they looked at biopsies from autopsy specimens,” Brawley explained. “Now, 170 years later, we’ve progressed in terms of imaging, in terms of medical diagnostics into what I call the genetic and molecular biologic age, but our ability to define cancer has not progressed beyond the light microscope. What we need to be able to do eventually is say that ‘this cancer is never going to progress,’ it is not going to spread and invade other organs in the body. But right now we don’t have the molecular tools to predict their behavior.”

“Not only do we need to find small tumors, we need to know more about the biology of those tumors,” added Dr. Michael V. Seiden, president and CEO of Fox Chase Cancer Center in Philadelphia.

Until those tools are developed, imperfect screening is going to lead to over-diagnosis and unnecessary treatment.

Still, there’s no question that the revisions do fit into a larger and rapidly changing health-care picture.

“Where I think the question was solely focused on ‘can you prevent cancer death?’ … 10 years ago or 20 years ago, I think there has been a much more open dialogue about the burden of screening, the cost burden, the anxiety burden, the false-positive burden,” Seiden said. “As screening techniques become more sensitive, you do a better and better job of capturing people with cancer but you also do a better job of capturing people with tumors they might not have died from. So, all of a sudden the incidence of pre-malignant breast disease, the incidence of low-grade prostate cancer, starts doubling and the death rate drops, but only very, very modestly.”

While the USPSTF stated that cost considerations had nothing to do with the new breast cancer recommendations announcement, ACOG did mention costs in its announcement regarding changes to cervical cancer screening.

“In this country, health care is an enormous issue and it is the single greatest driver of the national debt,” Brooks said. “There’s nothing wrong with raising financial questions in a public health setting.”

“It’s my belief that the task force just set the date [for its announcement] and wasn’t really paying attention to the politics. In truth, I don’t know but . . . part of the way of controlling costs is the rational use of medical care, not the rationing of care,” Brawley said. “For most women in the U.S., to get a Pap smear on an annual basis means that we’re going to spend three times more on cervical cancer screening than we need to spend and we’ve actually gotten evidence that screening tests every five years is going to save as many women as every three years [but] we’ve gone every three years to be safer.”

The ACS does not agree with the new USPSTF guidelines for breast cancer screening, however.

“Our view is that breast cancer screening saves lives and women aged 40 and above should get a high quality mammogram and clinical breast exam on an annual basis,” Brawley said.

Ochsner Health System’s Brooks is not changing his advice to women. “I tell women at age 40, if she wants to begin screening with mammography, it’s fine,” he said. “I haven’t changed what I’m recommending in my practice but I try to explain to women what the rationale behind it is.”