Skip to content
The Health Cast > Cancer > A Little Pain, a Life Saved

A Little Pain, a Life Saved 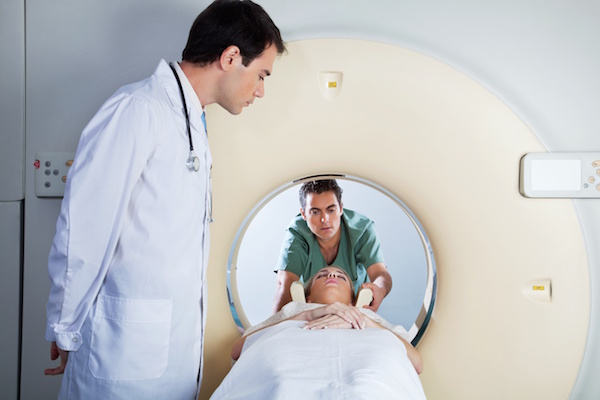 WEDNESDAY, Oct. 6 (HealthDay News) — Sara Fought started getting mammograms at age 38, a couple of years earlier than recommended by the American Cancer Society.

It was purely precautionary.

Her mother had fibrocystic breasts and had been diagnosed the previous year, at age 80, with very early-stage breast cancer. Fought had dense breasts, too, so her gynecologist suggested she get a baseline mammogram, to provide a healthy comparison for future screenings.

“To me, it was like going to the dentist,” Fought, now 50 and living in Chevy Chase, Md., said of her first mammograms. “You don’t want to do it. It’s uncomfortable. But I’ve never found it as excruciating as some women find it. It’s not fun, but it’s quick.”

And it was a good thing she started early.

When she went in for her annual screening at age 42, the radiologist detected something in her mammogram. “The radiologist called me while I was still there and said something looks suspicious [and] we need to have further tests done,” Fought said. She had a sonogram during that same visit, and it showed what appeared to be a lump in her breast.

“I was stunned,” Fought recalled. “I couldn’t believe it. This was on a Wednesday. We were supposed to be going out of town that weekend.”

The day’s surprises weren’t over, though.

That evening, Fought decided to do a breast self-exam. She found the lump that was detected on the mammogram. “Then I found a second lump the mammogram hadn’t caught,” she said. The second lump appeared to be in a different quadrant of her breast than the first, and very, very deep.

Fought met with a cancer surgeon two days after her mammogram. Within 30 seconds of beginning the examination, the doctor told Fought there was, indeed, a second lump — the one she’d found herself.

They sent her for a needle biopsy that afternoon. The radiologist who performed that test told her that he thought it looked like cancer. That was the final confirmation that Fought needed.

“I remember walking out,” she said. “My husband was in the waiting room. And we just kind of fell apart.”

The diagnosis was stage 2 breast cancer, mainly, she said, because there were two tumors and they were in different quadrants. Fought had a mastectomy, with reconstructive surgery a month later.

The surgery went well, but a sentinel node biopsy performed at the time revealed microscopic evidence of possible metastasis. And she said her surgeon also didn’t feel comfortable with the amount of margin between her chest wall and the cancerous tissue. For those reasons, Fought said, she had chemotherapy and radiation therapy after the surgery.

“To me, my treatment was my job,” Fought recalled. “My job was fighting the cancer and undergoing treatment, which was pretty unpleasant.” She said she had severe burns from the radiation and many of the usual chemotherapy side effects, including mouth sores, fatigue, acid stomach and hair loss.

But the treatment, she said, was worth it. She’s still taking cancer medication, but she remains cancer-free.

“It made me realize that life is fragile,” Fought said, looking back on her struggle. “Who can say how one’s life can turn on a dime? You have to appreciate the little things and not sweat the small stuff.”

“I look at myself as every reason why mammograms are very valuable for women 40 and older,” she said. “For a few moments of discomfort or pain, you could be saving your own life.”