A Teen Mom’s Stress May Harm Her Heart

By: TheHealthCast Team
In: Parenting 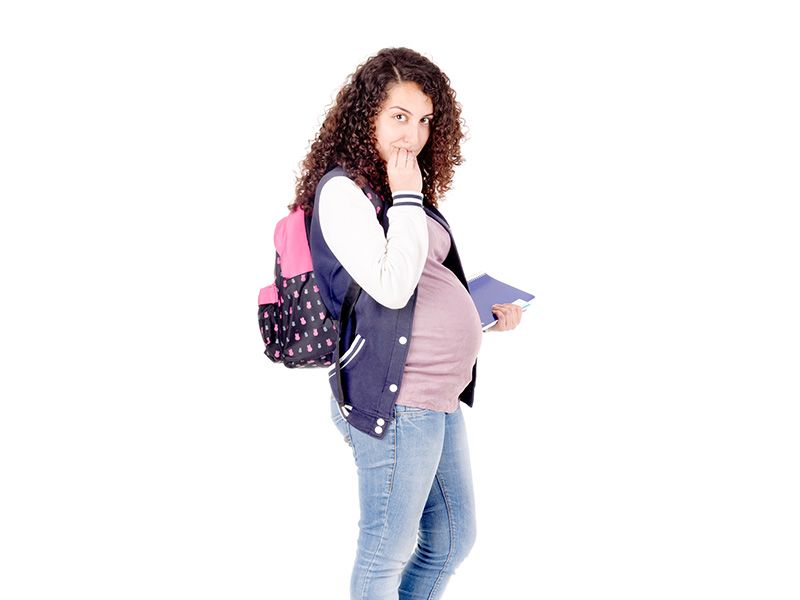 WEDNESDAY, Nov. 1, 2017 (HealthDay News) — Women who give birth in their teens may face hardships, and new research suggests that stress might take a toll on the heart.

The study found that in a group of women over 65, those who gave birth for the first time before age 20 had a higher risk of heart disease and stroke (cardiovascular disease) later in life.

“Adolescent childbirth may be an important risk marker for cardiovascular disease in women, and one that is worth more investigation and clinical consideration,” said the study’s senior author, Catherine Pirkle. She’s an assistant professor in health policy and management at the University of Hawaii at Manoa.

“Adolescent mothers may need to be more attentive to lifestyle factors that increase the risk of cardiovascular disease, including maintaining a healthy body weight and engaging in sufficient physical activity,” she said.

“Our research and several other teams document an association,” she said, adding this study alone cannot “prove anything.”

But Pirkle and her colleagues have theories as to how giving birth at an early age might affect later heart health.

For example, these women may have more unhealthy stress throughout their lifetimes.

“I think they experience a cascade of adverse life experiences that over time harms their health, with cardiovascular disease being an expression of that harm,” Pirkle explained.

“For example, adolescent mothers are more likely to drop out of school early and therefore earn less over their lifetimes,” she said. “Low educational attainment and low incomes are strongly related to poor health outcomes.”

In addition, Pirkle said, there may be physical differences between a teen and a grown woman having a baby.

Adolescence is a time of rapid change and development. “There is some evidence that adolescent mothers experience greater weight gains during pregnancy and lose less of that weight after delivery,” Pirkle said.

Worldwide, it’s estimated that 11 percent of births occur among teens, the study authors said in background notes. Their study included more than 1,000 women between 65 and 74 from Canada, Albania, Brazil and Colombia.

The researchers also found that women who had never had a child had the lowest heart risk score. Among mothers, those who gave birth for the first time between 25 and 29 had the lowest risk, the study showed.

Dr. Kevin Marzo is chief of cardiology at NYU Winthrop Hospital in Mineola, N.Y. He said he wasn’t surprised by the study’s findings.

“Having a child at a young age may lead to confounding variables, such as economic and lifestyle factors that could lead to more heart disease risk. The authors did try to adjust for all of these variables,” said Marzo, who wasn’t involved in the study.

He suggested that women who became mothers at a young age should pay more attention to heart disease risk factors and try to modify those they can, such as smoking or obesity.

Pirkle added there are important implications from the study. It shows how important sex education and access to birth control is for teen girls “to avoid adolescent childbearing in the first place.”

And for teens who’ve already had babies, Pirkle said the findings show the need to help support young mothers.

The study was published Nov. 1 in the Journal of the American Heart Association.

Learn more about preventing heart disease at any age from the American Heart Association.