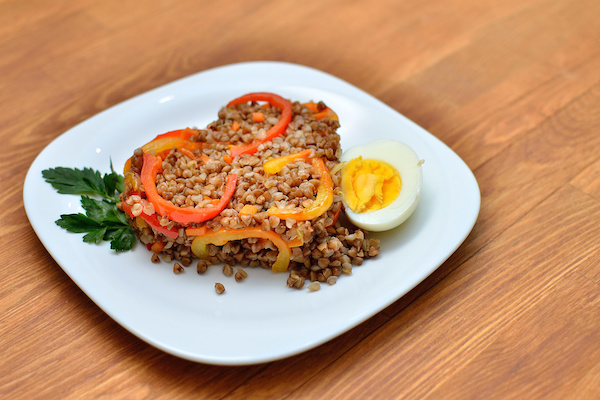 MONDAY, Jan. 13, 2014 (HealthDay News) — While the U.S. teen obesity rate has leveled off in recent years, a new study shows that the problem is actually worsening for kids from less-affluent families.

Researchers found that between 2003 and 2010-11, there was a decline in obesity among U.S. teens whose parents had gone to college — dipping to 7 percent in one government study, and 11 percent in another.

But when they looked at kids whose parents had no more than a high school education, the trend was discouraging. For those teens, the obesity rate continued to climb — landing at 26 percent to 29 percent in 2010.

It has been known that obesity is a bigger problem for low-income, less-educated Americans. But the new study, published in this week’s issue of the Proceedings of the National Academy of Sciences, shows that the gap is growing.

“There’s been a big push to educate parents and kids about obesity,” said Marlo Mittler, a nutritionist at Cohen Children’s Medical Center of New York, in New Hyde Park.

But lower-income parents have fewer resources to make healthy changes, Mittler noted. Processed foods with a long shelf life are affordable, she said. And in inner cities or rural areas, families may not have a well-stocked grocery store nearby. Instead, parents may have to run to the convenience store or the bodega on the corner, which often have no fresh fruits or vegetables.

“If you’ve only got five minutes, and that’s what’s in front of you, that’s where you’ll shop,” Mittler said.

Frederick agreed that access to healthy food is a problem. But lack of exercise may be an even bigger issue, he said.

Last week, the U.S. Centers for Disease Control and Prevention released a study finding that only one-quarter of U.S. teens are getting the recommended amount of exercise: at least an hour of moderate-to-vigorous activity each day.

And Frederick’s team found that less-advantaged teens are falling further behind in this regard than other kids.

By 2011, 91 percent of teens with college-educated parents said they’d gotten at least 20 continuous minutes of exercise in the past week — which was up from 87 percent in 2003. In contrast, only 80 percent of kids with less-educated parents got that much exercise; and that figure remained unchanged between 2003 and 2011.

When it came to eating habits, the news was a little better, Frederick said. On average, all teens were eating fewer calories in recent years. But the decline was bigger for kids of college-educated parents.

The reasons for those disparities are not clear, Frederick said. But other research offers some possible explanations.

A lack of safe outdoor spaces and community centers can hinder low-income kids from getting exercise, Frederick noted. Plus, there may be a growing social divide in school sports participation — one of the main ways teenagers get exercise.

In a recent study, Frederick’s team found that fewer low-income U.S. teens are now taking part in school sports and club activities. In contrast, participation is rising among kids from higher-income families.

It is best, of course, to prevent teen obesity in the first place. And that should start early, according to Jess Haines, who studies childhood obesity issues at the University of Guelph in Ontario, Canada.

In her research, Haines has found that simple changes in family routines seem to slow excess weight gain in low-income preschoolers.

“We intentionally chose routines that were of no cost to the families,” Haines said.

The changes included having families sit down to more meals together, cut back on TV and get young kids to bed earlier so they’re better rested. (Studies have linked too much TV and too little sleep to kids’ excess weight gain.)

Frederick said that giving families such practical advice could be helpful. “We can’t just keep saying, ‘You need to exercise,'” he said. “We should give families tips on how to fit it into their lives — taking walks together as a family, taking the stairs instead of the elevator.”

Everyone agreed, though, that there is an array of issues underneath the social disparity in teen obesity, and it will take more than advice to parents to solve the problem. For its part, the CDC says states and communities have to do more to get fresh fruits and vegetables into schools, give incentives to grocery stores to open in low-income areas, and support physical education classes in all schools.

Mittler said that for schools, a lot of good can come from small changes, like getting more vegetables on the lunch menu. “Take baby steps,” she said. “You don’t have to go from serving chicken nuggets to having a vegan menu with organic tofu.”

The U.S. Centers for Disease Control and Prevention has more on childhood obesity.

2014-01-13
Previous Post: Green Tea May Interfere With a Blood Pressure Medicine
Next Post: Humans, Other Primates Burn Fewer Calories Than Other Mammals