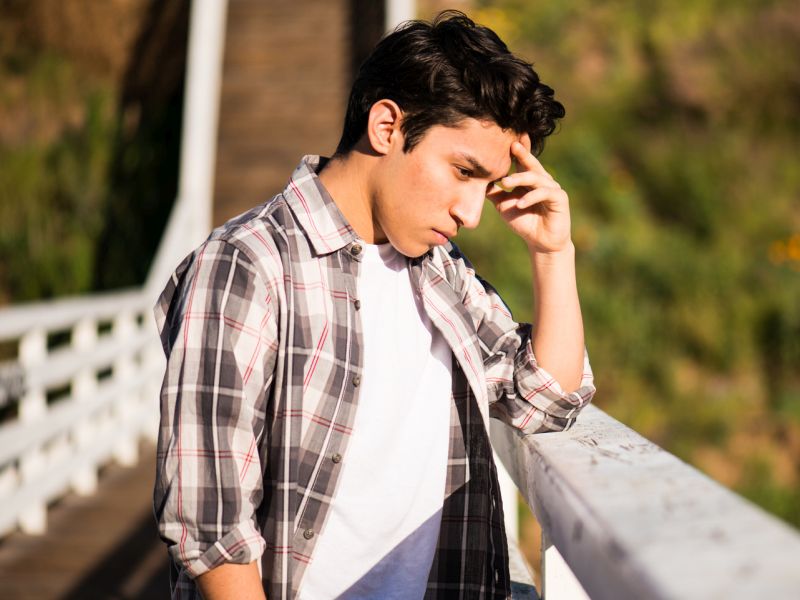 WEDNESDAY, May 16, 2018 (HealthDay News) — In a troubling sign that anxiety and depression are taking hold of America’s youth, new research shows a doubling since 2008 in the number of kids and teens who’ve been hospitalized for attempted suicide or suicidal thoughts.

Study author Dr. Gregory Plemmons said the findings “are not surprising,” and that “colleges have also reported a dramatic increase in the prevalence of anxiety and depression among students and in use of counseling services.”

But is the risk for teen suicide actually growing, or are more vulnerable teens going to hospitals than in the past? Plemmons said it’s hard to tell.

“We still know from other studies out there that less than half of young people with mental disorders seek treatment, and only a minority of teens with depression actually seek care,” he said. “In fact, the American Academy of Pediatrics issued guidelines this past February to encourage primary care doctors to begin depression screening.”

Plemmons is an associate professor of pediatrics with the Monroe Carell Jr. Children’s Hospital at Vanderbilt University, in Nashville.

Suicide is now the third leading cause of death among American adolescents, the study authors noted.

To get a handle on the issue, the researchers used federal pediatric hospital data.

The findings showed that in 2008 through 2015, nearly 116,000 children aged 5 to 17 were seen at 31 hospitals, either for having suicidal thoughts or for attempted suicide. Two-thirds were girls.

More than half were hospitalized, and more than 13 percent needed intensive care. The rest were treated in an emergency setting or held for observation.

Overall, suicide-related teen hospitalizations accounted for 0.66 percent of all hospitalizations at the children’s hospitals in 2008. But by 2015, that figure had more than doubled, to almost 2 percent, according to the report.

Increases were seen across all ages, but differed across certain groups.

The increase was most acute among white children, with an annual increase of 0.18 percent. By comparison, risk rose by 0.09 percent among black children, and by 0.05 percent among Hispanic children, the researchers said.

Plemmons pointed to a number of possible reasons.

“Puberty is a risk factor for suicide, which could partially explain the dramatic rise in 15- to 17-year-olds,” he said. And, a “lack of access, and cultural stigmatization in seeking care for mental health issues may play a role” in differing vulnerabilities by race, he noted.

Girls, Plemmons added, appeared to be more avid users of social media, “so cyberbullying and other factors may also be playing a role” in their much greater risk.

As for what families can do, he acknowledged that “it can be very challenging for parents to distinguish what is normal moody adolescent behavior from someone who may be experiencing a true mental health crisis or a clinical depression.”

Plemmons added: “Signs to consider would include increasing withdrawal and isolation from peers or family, which could manifest as increased electronic time; changes in sleep or appetite; decline in school performance; or lack of interest in things which previously provided enjoyment.”

He encouraged parents to reach out to their children if necessary, saying that “talking about it has never been shown to increase the risk. Talking actually helps. Having a conversation with your pediatrician or family doctor or school counselor can also hopefully provide support.”

The report was published online May 16 in Pediatrics.

Kimberly McManama O’Brien is a research scientist with the Education Development Center and Boston Children’s Hospital, as well as an instructor in psychiatry at Harvard Medical School. She said the findings “make a lot of sense.”

“Even a decade ago, people didn’t really know what to do if a teen was suicidal. Now there are many resources and places to go, which may relate to the increase in hospital visits,” she said.

“My biggest piece of advice to parents would be to learn to get comfortable asking your teen about suicide,” O’Brien said. In fact, she stressed that “having a supportive and validating parent who asks openly and directly about suicide is one of the most important protective factors against teen suicide.”

There’s more on suicide prevention at the U.S. National Institute of Mental Health.