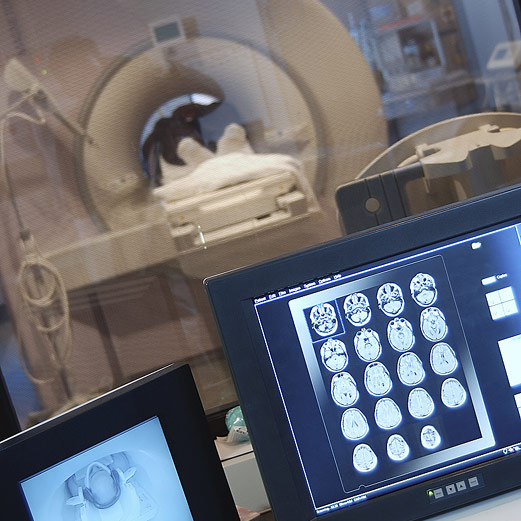 The brain plays a role in regulating the amount of cholesterol circulating in the blood, says a study that challenges the belief that cholesterol levels are influenced only by what you eat and by cholesterol production in the liver.

University of Cincinnati researchers concluded that the hunger hormone called ghrelin acts as a “remote control” for cholesterol. Their tests in mice found that higher levels of ghrelin were associated with higher levels of cholesterol circulating in the bloodstream, BBC News reported.

Cholesterol levels in the blood increased when signals from the brain told the liver to store less cholesterol, the researchers said. The study appears in the journal Nature Neuroscience.

“We have long thought that cholesterol is exclusively regulated through dietary absorption or synthesis and secretion by the liver,” said study leader Professor Matthias Tschoep. “Our study shows for the first time that cholesterol is also under direct ‘remote control’ by specific neurocircuitry in the central nervous system.”

While the findings need to be replicated in humans, this research “could potentially open up new forms of treatment to control cholesterol levels, which would be great news for people with heart and circulation problems,” Fotini Rozakeas, a cardiac nurse with the British Heart Foundation, told BBC News.

A study to determine whether the drug hydroxyurea prevents stroke in children with sickle cell anemia and iron overload has been halted early because the drug was unlikely to prove more effective than the current standard treatment of blood transfusions, the U.S. National Heart, Lung, and Blood Institute said Friday.

Hydroxyurea is known to prevent complications of sickle cell disease in adults. This 26-site clinical trial included 133 children, ages 5 to 18, who had already suffered a stroke and had received blood transfusions for at least 18 months and had high levels of iron.

“Protecting our participants is an important factor in determining whether to stop a trial,” Dr. Susan B. Shurin, acting director of the NHLBI, said in an agency news release. “When an experimental treatment fails to meet its predetermined goals, it is best to return participants to standard treatment as soon as possible.”

About 10 percent of children with sickle cell disease suffer a stroke, which puts them at high risk for subsequent stroke unless they receive preventive treatment, the agency said.

About 12 million “Shrek”-themed drinking glasses sold nationwide at McDonald’s are being recalled because the painted designs contain cadmium, a known carcinogen that can also cause bone softening and severe kidney problems.

The U.S.-made glasses, which cost about $2 each, are part of a promotional campaign for the movie “Shrek Forever After,” and depict characters from the movie. McDonald’s plans to post instructions on its Web site regarding refunds.

A pigment in paint on the glasses contained cadmium, said McDonald’s USA spokesman Bill Whitman. CPSC spokesman Scott Wolfson did not specify the amounts of cadmium that leached from the paint in tests, but said the amounts were “slightly above the protective level currently being developed by the agency,” the AP reported.

WHO Flu Advisers Had Ties to Drug Makers: Report

A trio of experts who created the World Health Organization guidelines advising governments to stockpile drugs to prepare for a possible flu pandemic had close links to the drug companies that make the antiviral drugs, a new report contends.

The scientists who wrote the guidelines, issued by the WHO in 2004, had previously been paid for other work from Roche, which makes Tamiflu, and GlaxoSmithKline, which makes Relenza, according to an investigation by the British Medical Journal and the Bureau of Investigative Journalism, the Guardian newspaper in England reported.

The companies made more than $7 billion when governments around the world stockpiled the drugs, according to analysts.

Even though the trio of experts had previously publicly declared their ties to the drug companies, the WHO itself did not publicly disclose any of these connections in its 2004 guidance about the need to stockpile the antiviral drugs, the newspaper reported.