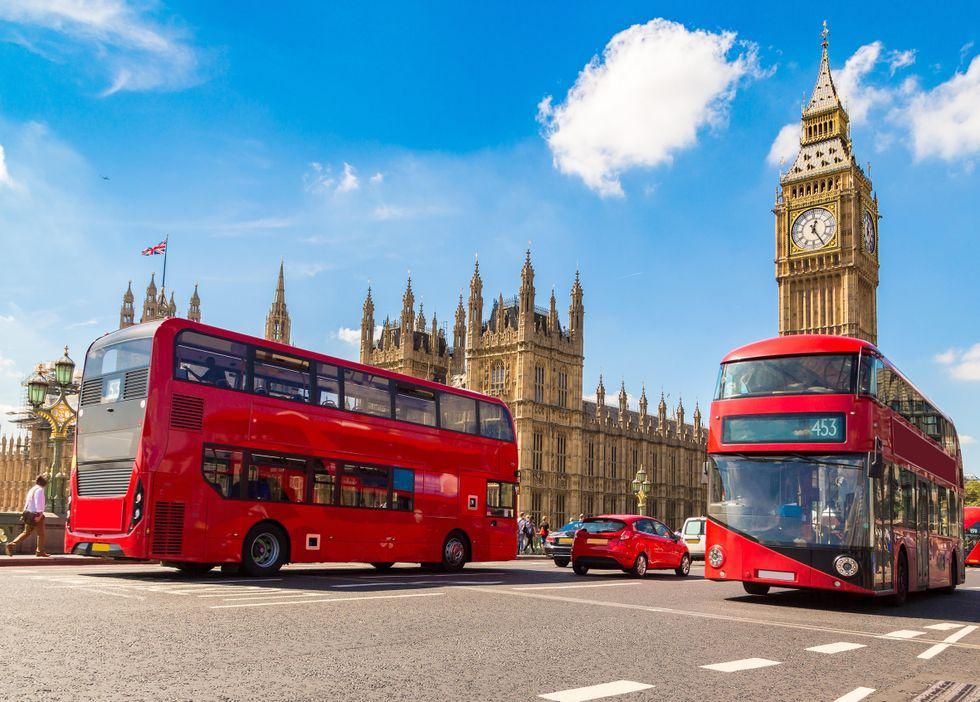 TUESDAY, July 20, 2021 (HealthDay News) — The U.S. government issued its most dire warnings against travel to Britain on Monday as coronavirus cases surged in that country while nearly all COVID-19 restrictions were lifted in an effort to restart the economy.

Both the U.S. State Department and the U.S. Centers for Disease Control and Prevention announced Level 4 travel alerts and urged all Americans to avoid visiting the U.K.

“Even fully vaccinated travelers may be at risk for getting and spreading COVID-19 variants,” the CDC said in its updated notice.

In its advisory, the State Department delivered an even stronger warning: “Do not travel to the United Kingdom due to COVID-19,” the advisory said.

The new warnings are not binding, but they were issued as Britain struggles with a surge in new infections fueled by the Delta variant that brought India to its knees this past spring.

Still, the British government forged ahead with plans to abandon most social distancing measures in England on so-called “Freedom Day” on Monday.

But after videos circulated widely of thousands of revelers jammed into bars and night clubs on Monday night, the British government said it would issue new rules to require people to provide proof of vaccination to enter nightclubs and other crowded venues, the Washington Post reported.

Those restrictions will not take effect until the end of September, Prime Minister Boris Johnson said at a news conference, after residents over the age of 18 are offered the chance to be vaccinated.

“I don’t want to have to close nightclubs again,” Johnson said, the BBC reported. “But it does mean nightclubs need to do the socially responsible thing.”

Britain is now reporting a seven-day average of roughly 45,000 daily new cases, according to Our World in Data. Some of the country’s top leadership — including Johnson — are in quarantine after Health Secretary Sajid Javid tested positive for the virus over the weekend, the Post reported.

More than half of Britain’s population has received two doses of coronavirus vaccine, a level of immunization that officials say has helped curb hospitalizations and deaths.

U.S. Surgeon General Dr. Vivek Murthy said this week that he supports reinstating local mask mandates when they are needed to curb the spread of COVID-19 among unvaccinated people.

“It’s very reasonable for counties to take more mitigation measures like the mask rules you see coming out in L.A., and I anticipate that will happen in other parts of the country, too,” Murthy said Sunday on the ABC News show “This Week.”

Murthy said such local orders are consistent with federal guidelines that permit local authorities to require prevention measures, something that will likely be needed more often now as the highly contagious Delta variant rips through unvaccinated populations, the Post reported.

In May, the U.S. Centers for Disease Control and Prevention said fully vaccinated individuals could shed masks when gathering in indoor locations, but the guidelines also gave local officials flexibility to respond to new outbreaks, Murthy said. The Los Angeles County order reinstating mask requirements indoors applies to both vaccinated and unvaccinated people.”That is not contradictory to the guidance the CDC has issued,” Murthy said.

Los Angeles County Board of Supervisors Chairwoman Hilda Solis also told “This Week” that the new mandate is a response to new COVID-19 cases reaching 1,900 a day last week.

“I’m not pleased that we have to go back to using the masks in this manner, but right now it’s going to save lives and that’s what’s most important,” Solis said.

On Friday, CDC director Rochelle Walensky warned “this is becoming a pandemic of the unvaccinated,” noting more than 97 percent of new hospitalizations and almost all COVID-19 deaths have been among the unvaccinated.

Murthy, told CNN’s “State of the Union,” that Americans can trust the vaccines’ safety, the Post reported.

“The good news,” he said, “is not only is the vaccine highly effective at preventing severe infection, like hospitalizations and deaths, but even if you do have a breakthrough infection, which, again, happens in a very small minority of people, it’s likely to be a mild or asymptomatic infection. So my hope is that people will feel reassured by that.”

Last week, Murthy warned that misinformation about the coronavirus and the vaccines that protect against it had cost people their lives and social media platforms needed to do more to stop it. The next day, President Biden admonished big tech companies: “They’re killing people,” he told reporters.

The warnings prompted Facebook to accuse Murthy of praising them privately while publicly using them as a scapegoat for Biden’s missed vaccination goals, the Post reported. Murthy defended the administration Sunday.

“What I have effectively said is, when we see steps that are good, that are being taken, we should acknowledge those. And there have been some positive steps taken by these technology companies,” he said on CNN. “But what I have also said to them, publicly and privately, is that it’s not enough, that we’re still seeing a proliferation of misinformation online.”

The U.S. Centers for Disease Control and Prevention has more on COVID-19.