A Father and Daughter’s Race to Beat Leukemia 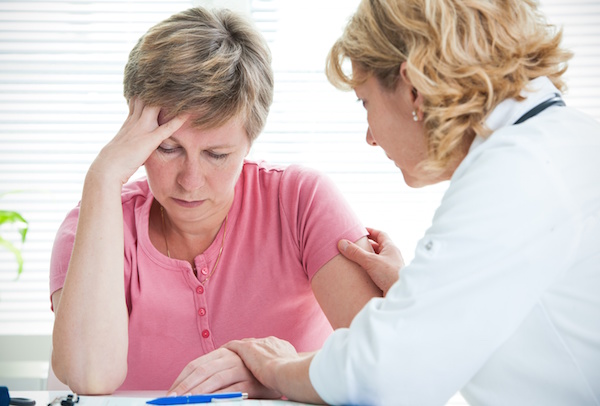 FRIDAY, Nov. 1 (HealthDay News) — Bruce Cleland has vivid memories of the day in 1986 when he learned that his daughter Georgia, then 2, had been diagnosed with the most common form of childhood leukemia.

He got the news that Georgia had acute lymphoblastic leukemia in a phone call from his wife, Izzi.

“I nearly fell out of my chair,” Cleland recalled recently. “Leukemia was a really dark word. I thought it was a death sentence.”

Although it’s still a frightening diagnosis, the overall five-year relative survival rate for this blood cancer has more than quadrupled since 1960.

Clare Karten, senior director of patient engagement strategy at the Leukemia & Lymphoma Society, said a significant amount of medical progress has been made in the past 25 years.

“For everybody with every type of blood cancer, there is more hope than ever before,” Karten said. “That’s for sure.”

Cleland can vouch for that. His daughter, now 29, is cancer-free. The experience also prompted Cleland to create a new way to raise money for research that has become a national model and inspired millions: running for charity.

But the first two years after Georgia’s diagnosis were tough, Cleland said.

“When something like this happens, you initially think the sky is falling on you,” he said. “Then there is the resilience of human nature and you pick yourself up, reassess the situation, get educated, discover support groups and start to figure it out.”

For the next two years, Cleland and his wife immersed themselves in a new reality involving chemotherapy and radiation treatment for the cancer that had spread to Georgia’s brain. An entrepreneur, Cleland also put his business acumen to work for a cause now close to his heart.

He and his wife joined the board of the Westchester County, N.Y., chapter of the Leukemia & Lymphoma Society. Cleland was soon chosen to contribute to the organization’s fundraising efforts in support of groundbreaking research. After many traditional fundraisers, Cleland knew it was time for a change.

At 41, Cleland was out of shape and looking for ways to get outside. Always intrigued by the idea of running a marathon, Cleland reached out to a friend, Olympic long-distance runner Rod Dixon. With Dixon’s help, Cleland made the decision to trade in his tuxedo for running gear. Rather than dine and dance, he’d race for a cure.

Cleland devised a plan to form a team that would run in the 1988 New York City Marathon to raise money for leukemia research. He managed to recruit a total of 38 unlikely marathon runners for his team that first year. He didn’t know it at the time, but he and his team were making history as the first organized charity runners.

Although Cleland expected corporate sponsors or individual donors to give what they could, he admits now that many donations came in as bets. “They’d say, ‘I’ll give you $10 a mile, but only if you finish,'” he said. Using the training advice they’d received from Dixon, each team member completed the marathon. Cleland crossed the finish line in five hours and 23 minutes.

“I said our objective was to raise $150,000 because I thought it would help motivate people, but it was unheard of at the time for one event,” Cleland said.

Following the success of that first marathon, the Leukemia & Lymphoma Society reached out to Cleland to learn exactly how he had pulled it off. Based on his initial business plan, the organization rolled out a national Team in Training program.

Since then, 600,000 participants involved in a variety of Team in Training events, such as marathons, half marathons and triathlons, have raised $1.4 billion for blood cancer research.

“It’s kind of a mind-bending amount of money,” Cleland said. “That’s where the headline often ends, but the really important part is what’s happened to that money.”

The research grants provided by the Leukemia & Lymphoma Society have funded many of the most innovative and promising advances, including targeted therapies and immunotherapies.

“We create partnerships with universities, as well as biotechnology and pharmaceutical companies, to get treatments to patients, especially those with unmet medical needs,” Karten said.

For Cleland, the journey has brought powerful personal rewards.

Georgia doesn’t remember much about her cancer treatment. But she said she’ll never forget the undying support of her family.

Georgia also has completed three Team in Training half marathons. When she signed up for her first race, she said her dad was shocked.

Crossing her first finish line, Georgia said she saw her father and shed tears of joy. “It was an amazing experience,” she said. “Every time I sign up for a [Team in Training] event it’s just beyond exciting. It’s not just about me. I enjoy the opportunity to meet participants who are helping to save even more lives and hear their stories.”

Looking back, Cleland said quitting was never an option. “You can never give up, no matter how bleak or tough it gets. The sun will come up the next day and there will be a tomorrow,” he said. “It’s just about how you are going to deal with it. What you do is what will define you.”

The Leukemia & Lymphoma Society’s Information Resource Center provides details on treatments for leukemia and other forms of blood cancer.