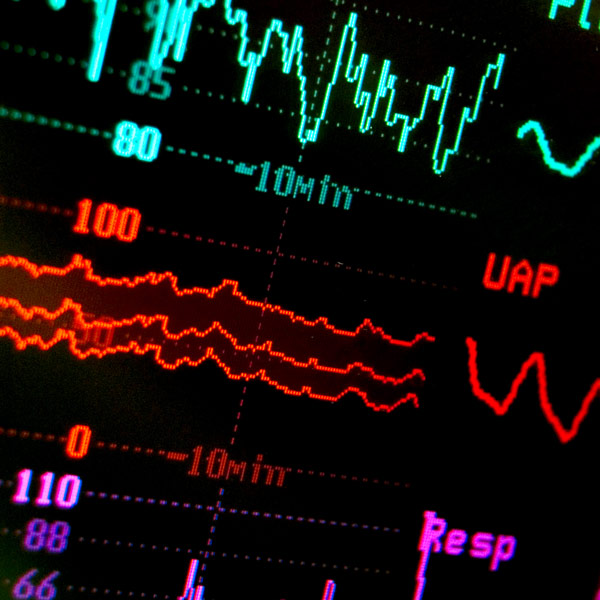 Warfarin is a popular medication, but a tricky one to use, the researchers said. Patients who receive too strong a dose can suffer from unusual and excessive bleeding, potentially coughing up or vomiting blood, according to the American Heart Association (AHA).

But doctors who used genetic testing to guide patients’ warfarin doses were better able to quickly reach and consistently remain within the drug’s therapeutic “sweet spot,” according to the study. It was published in the Nov. 19 online edition of the New England Journal of Medicine and presented Tuesday at the AHA’s annual meeting in Dallas.

“[Blood-thinning] therapy is difficult and it’s associated with a lot of potentially harmful side effects,” said Barbara Howard, a senior scientist at MedStar Health Research Institute in Hyattsville, Md. “It is important to get the dose right, and here is a potential area where genetic testing could play a valuable role.” Howard, who is also a professor at Georgetown University Hospital, was not involved with the new research.

The study involved about 450 patients, approximately half of whom were randomly assigned to receive a genetic test that would guide their warfarin dose, said the study’s lead author, Munir Pirmohamed, chairman of pharmacogenetics at the University of Liverpool, in England.

“Warfarin is 60 years old,” Pirmohamed said. “Dwight D. Eisenhower was one of the first people to get this medication.” Despite the drug’s age, however, dosing guidelines haven’t changed much, he said.

About three-quarters of the patients in the study suffered from atrial fibrillation, a heart rhythm disorder that increases a person’s risk of heart attack and stroke by allowing blood to pool in one of the heart’s chambers. The rest of the participants had deep vein thrombosis, a condition in which blood clots in veins put patients at risk for heart attack and stroke.

Doctors used two specific genes associated with the blood-clotting process to help determine the amount of medication a person would receive, Pirmohamed said.

Patients with a genetically guided warfarin dose remained within the therapeutic sweet spot for 67 percent of their three-month-long treatment, compared with 60 percent for people taking warfarin without the genetic guidance.

The researchers used a limited genetic test that costs about $67.

A U.S. expert said genetic testing is likely to become much more useful in determining drug dosage in the future, given that the costs of such tests are falling.

A test that can reveal a person’s entire genetic code currently costs about $1,000 — down from $80,000 a few years ago, said Dr. Joseph Loscalzo, chairman of the department of medicine and physician-in-chief at Brigham and Women’s Hospital in Boston. Loscalzo, who also is editor-in-chief of the journal Circulation, said he expects that one day such a test could cost as little as $100.

MedStar’s Howard said a person would only need one genetic test to help guide their therapy. After all, genetics do not change.

The picture regarding these tests remains hazy, however. A related study, led by Dr. Stephen Kimmel, of the University of Pennsylvania Perelman School of Medicine, was presented Tuesday at the AHA meeting. The study of nearly 1,000 patients found no significant difference between those whose warfarin dose was based on genetic testing and those with doses set using current guidelines.

In that study, both groups of patients were in the therapeutic sweet spot about 45 percent of the time.

The difference between the two studies might be the other factors beyond genetics that can determine warfarin dosing, said Dr. Patrick Ellinor, a cardiologist at the Massachusetts General Hospital Heart Center.

Those factors can include the age, weight and race of the patient, as well as whether they smoke or have other health risks. “That’s just as helpful as the genetic information, and we should be using it,” said Ellinor, who also is an associate professor at Harvard Medical School.

Another study suggested a potential substitute for warfarin. The study found that the medication edoxaban does just as good a job preventing stroke and heart attack but with significantly lower risk of bleeding.

Edoxaban performed just as well as warfarin in preventing strokes, according to the study, which was published recently in the New England Journal of Medicine and presented at the AHA meeting.

“We know this drug is safer than warfarin, particularly at a low dose,” said the study’s lead author, Dr. Robert Giugliano, a researcher and physician at Brigham and Women’s Hospital.

For more information on warfarin, visit the American Heart Association.